Deserts are dry places where little rain or snow falls. Some deserts get less than 25 mm (1 inch) of precipitation each year. Other deserts may get up to 250 mm (10 inches) of precipitation.

Do you know where sand comes from?

that have been broken up by weathering. Some rocks are broken down into sand right in the desert. Other sand grains are picked up by the wind and carried hundreds of miles to the desert.

Would it surprise you to learn that there are deserts with hardly any sand?

Wind carries away smaller particles like sand and dust. Rocks and pebbles that are too heavy for the wind to pick up get left behind. Eventually a layer of rocks is concentrated on the ground surface. The layer of rocks is called a desert pavement, gibber plain or hamada.

that flow down mountains carry a lot of sediment

(silt, sand and rocks). When the rivers reach the flatter desert floor the water

slows down. Slow moving water can't carry as much as fast moving water so the rocks and sand get left in a big pile shaped like a fan.

Over time desert sands are turned back into sedimentary rocks. We can find the remains of ancient deserts all over the world. 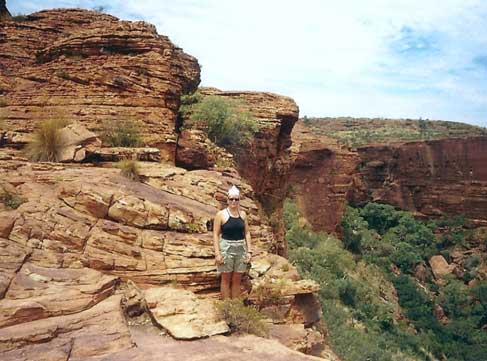 Wind blows sand into ripples and dunes. Ripples are low ridges of sand. They are usually only a few centimetres high. The ridge crests may be straight or wavy. 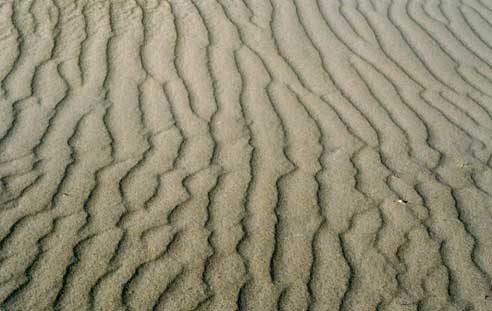 Dunes are much larger. Some dunes can grow up to 400 m (1300 feet) high. There are many different shapes of dunes.

Water is very important in a desert. 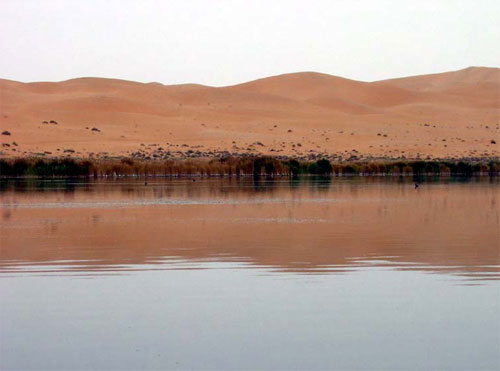 When it rains in the desert a lot of water falls all at once. Hard, dry ground does not soak up water very easily. Most of the water flows on top of the ground causing floods. Sand, silt and even rocks are washed away. Temporary rivers and streams form to carry away the water and sediment.

Many deserts contain large salt flats. Minerals like sodium chloride (table salt) are dissolved in rain or ground water. Water quickly evaporates in the dry desert air and the salt is left behind. 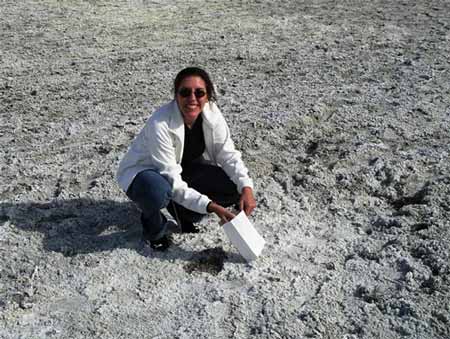 of the United States of America.