Weathering is the process where rock

is dissolved, worn away or broken down into smaller and smaller pieces. There are mechanical, chemical and organic weathering processes. 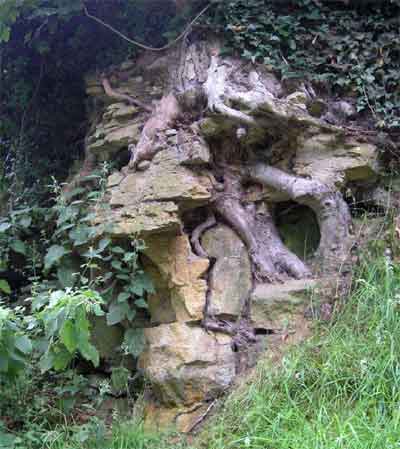 Once the rock has been weakened and broken up by weathering it is ready for erosion. Erosion happens when rocks and sediments are picked up and moved to another place by ice, water, wind or gravity. 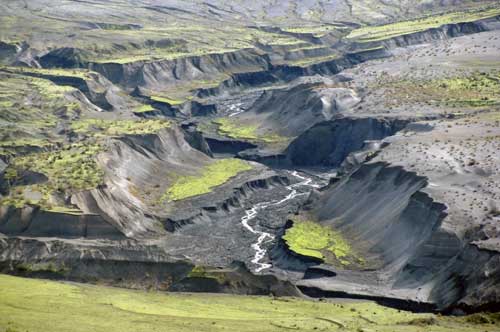 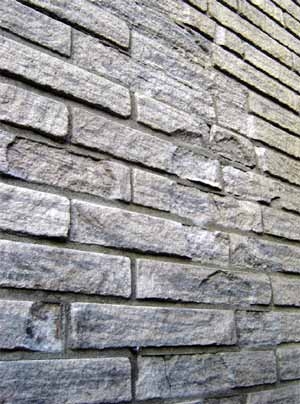 Mechanical weathering physically breaks up rock. One example is called frost action or frost shattering. Water gets into cracks and joints in bedrock. When the water freezes it expands and the cracks are opened a little wider. Over time pieces of rock can split off a rock face and big boulders are broken into smaller rocks and gravel.

This process can also break up bricks on buildings. 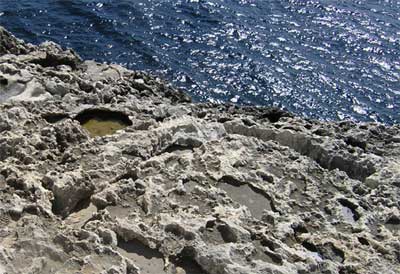 When ice melts or wind and water

slow down they can't carry as much sediment. The sediment is dropped, or deposited, in landforms. 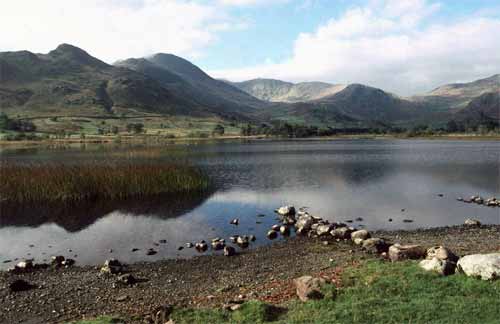