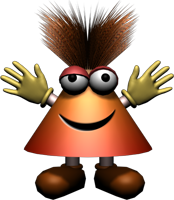 Hello! My name is Vera and I would like to tell you a bit more about volcanoes. The name volcano comes from Vulcan, the Roman god of fire!

A volcano is formed when hot molten rock, ash and gases escape from an opening in the Earth’s surface. The molten rock and ash solidify as they cool, forming the distinctive volcano shape shown here.

As a volcano erupts, it spills lava that flows downslope. Hot ash and gases are thrown into the air.

Some volcanoes are covered with snow and ice. If they erupt, melted snow and ice mixes with mud and volcanic ash and flows down mountain. Volcanic flows are called lahars. 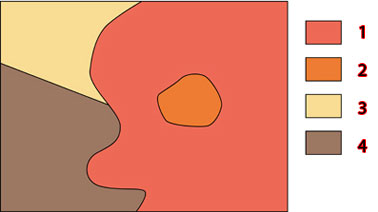 Volcanoes are made of unique rocks called extrusive igneous rocks

. They are shown on geological maps

The OneGeology map shows Mount Etna in Sicily, Italy. It is marked with an X. The orange colour on the map indicates the rocks and lava from the volcano.

Volcanoes are classed as active, dormant or extinct. Active volcanoes could erupt at any time; dormant volcanoes have been known to erupt but have not erupted recently and extinct volcanoes are unlikely to erupt again.

Volcanoes can produce different types of lava. Some is runny and flows down slope; it has a smooth, ropey, wrinkled texture. This is called Pahoehoe lava.

Some volcanoes can be more explosive and produce hot gasses and much thicker rough textured lava that is sticky. This is called Aa lava.

Lava that erupts under water is called Pillow Lava because it forms shapes like pillows. They wouldn’t be very comfy to sleep on though! 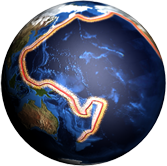 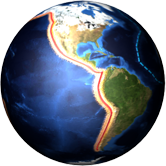 The Earth’s surface is made up of several tectonic plates which are constantly moving, although very very slowly. Where tectonic plates are being pushed together, some of the Earth’s crust is pushed deeper into the Earth’s mantle where it melts and rises to the surface again to form volcanoes. A large area where this occurs on earth is called the Pacific Ring of Fire and is shown on these globes. 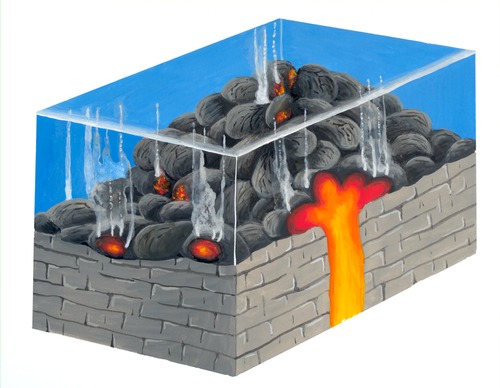 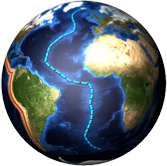 Where tectonic plates are being pushed apart, openings in the Earth’s crust allows molten rock to escape, forming volcanoes. An area where this occurs on earth is called the Mid-Atlantic Ridge and is shown on this globe.

Volcanoes can also form in areas where there is a hotspot in the mantle. This is an extra hot plume of molten rock which causes the earth’s crust to thin allowing molten rock to escape onto the surface. The movement of the earth’s tectonic plates means that volcanoes form a trail along the earth’s surface. An example of this is Hawaii as you can see in this map.

Do you live near a volcano? Tell us how it affects your life and how you feel about it using our online form.

Let’s see what else we can find out about volcanoes. Try searching the internet for: