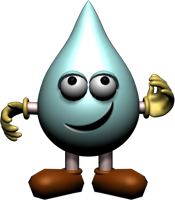 Hello! I’m William and I’ll be explaining what on earth geology has to do with water! Do you know where your drinking water comes from?

Most rain or snow that falls either evaporates, is soaked up by the soil and plants, or runs into rivers

and lakes. Some water sinks down, through tiny holes and cracks, into rocks

which act as underground storage 'reservoirs'. These huge rock 'sponges' are called 'aquifers' and the water stored in them is called 'groundwater'.

The green coloured rocks in the centre are made of chalk. Chalk is a good aquifer, a store for water. This example is from northern France. 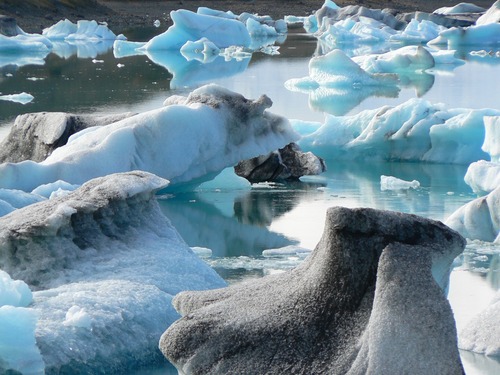 As well as this groundwater, water is also stored frozen as ice at the north and south poles. But 97% of all the water on our planet is held in the oceans. 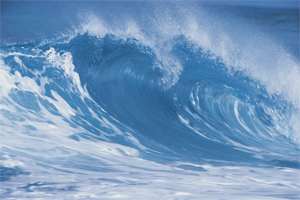 can show ice as well as rocks, like this map of Antarctica.

In an aquifer, the level that the water reaches is called the water table. Water, as you can see in your bath, will find its own level. This happens underground too. The water table moves up and down according to how much water is available to fill the given space….just like your bath water.

We can tap into groundwater by using wells that reach down to the water table.

A rock that has holes and holds water is called 'porous'.

Rocks that can soak up the water are called 'permeable'. These are rocks like limestone, chalk, sandstone.

Rocks that will not let water pass through them are called 'impermeable' like mudstone and granite.

An aquifer is usually made of sandstone or limestone.

Water in the aquifers can become polluted so we must be careful of chemicals or leakages into the ground.

Water can be held in the rocks, called aquifers, for lots of years.

Let’s see what else we can find out about water. Try searching the internet for: